Catch up here with all the latest Interforce news here. Read about new projects, developments, and other related topics to our activities. 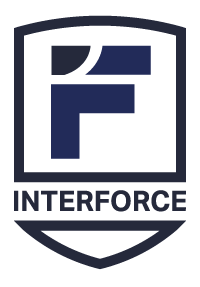 Under the banner ‘Protecting Spaces’, the Immersive Demonstrator aims to show how a combination of technology, processes and techniques can be applied in a variety of operational scenarios to improve protection from terrorist attack, first hand.

The theme was decided through discussion between organiser Nineteen Events and the Home Office, the CPNI and other government departments and agencies.

Nicola Greenaway-Fuller, Managing Director of Nineteen Events, comments: “TSG offers a different service from other private security companies. We liked the fact that the resources TSG uses are trained and managed by police professionals. They can help us bring the scenarios to life through their experience and expertise.

“A proven private company like TSG is very important to the 21st century policing model. Crowded places, live events, venues and stadia are at huge risk and a police presence at these is reducing. So people need a high-level alternative service, which they can rely on.”

TSG Managing Director, David Boswell, says: “The Immersive Demonstrator at UK Security Expo is an opportunity to see the latest technology and solutions in action, side by side. We’re very proud to be playing a part, along with some other great companies.”

Boswell joins a number of high-profile speakers at the event, put together by the University of Salford to look at the challenges facing the UK police force in 2016, the impact of cuts since 2010 and reforms to pay schemes and working practises in the wake of the Winsor Review among them.

Julia Main comments: “I’m very pleased that TSG is taking part. It’s built around former police officers, which has an excellent reputation in terms of its training, professionalism and use of technology. David’s talk will be a perfect finish to the day.”

The Future of Policing Summit is chaired by Professor Colin Rogers from the University of South Wales. Other speakers include Gary Shewan, Assistant Chief Constable of Greater Manchester Police, Louise Bladen, Director of Value for Money at the Home Affairs National Audit Office, and Brendan O’Brien from police recruitment specialist the Bluelight Consultancy.

Held across a massive 130 acres, owned by the Ross-on-Wye Steam Engine Society, the event features vintage vehicles, tractor pulling, an ‘old time’ fun fair, live music stages, a farmer’s market and camping. Record numbers of all ages attended and their welfare and wellbeing was of paramount importance to the organisers.

While Definitive manned the entry and exit points and had mobile teams monitoring the campsites and trade and entertainment areas, TSG officers provided a welcome, uniformed deterrent across the site.

“The image of a TSG officer patrolling an event is not only reassuring to the public but also the security staff,” Managing Director, David Boswell, said. “To them we are a professional escalation option. A friendly face to provide guidance where necessary.” And TSG’s specialist training and equipment duly contained a number of incidents at Welland Steam Rally 2016.

“A couple that stand out are an alleged assault and a man who was under the influence driving erratically in the campsite.”

In the first case, Definitive turned to TSG when they witnessed an altercation between two families from the Travelling community and TSG officers quickly contained and controlled the incident. For the second, TSG officers detained the male, who was under the influence, and handed him over to West Mercia Police with all the necessary information.

“The police were grateful and clearly very impressed with the operation,” Boswell said.

“This was the second consecutive year we worked with Definitive and it’s nice to know TSG is part of the package,” Pete Evans, Welland’s Safety Officer, said. “They familiarised themselves with the event’s structure and layout and wherever and whenever they were needed, they went straight to it. A job very well done.”

By the end of this year, the majority of front-line police officers across the country will have access to body-worn video (BWV), something TSG staff have been using since the company was founded.

TSG’s Reveal cameras incorporate an LED screen, which shows people they are being recorded and enables officers to review footage of an incident and get a better understanding what of happened and who was involved. The film can also be relayed to other officers and, where applicable, to police and security colleagues, allowing for a clearer, multi-agency response.

“I needed an identifiable, high-quality camera, one that was tamper proof and ticked all the boxes, from battery life to being user friendly,” TSG Managing Director, David Boswell, says. “Reveal invests in product design and operational purpose, just like we do, and it had the perfect solution.”

Monitoring people with a camera, close up, can have a marked influence on their behaviour and BWV helps TSG officers diffuse potentially volatile situations while protecting them from false allegations. It’s a reassurance for the public too, capturing officer conduct at the same time.

“The footage also supports our training,” David Boswell says. “We can see if the tactics were right and discuss how different options may have changed the outcome of the situation.”

Check out the Reveal take on the TSG move HERE

Responsible for maintaining trained staff numbers and equipment, White will also look after the logistics behind TSG® deployments, liaise with clients and support the perpetual push for new business.

After 23 years in senior management at the MOD, where he was schooled in high-risk search, explosive ordnance disposal and crisis management, White worked with a number of private security agencies, including TSG® sister company Definitive Security.

David Boswell, Managing Director at TSG®, comments: “Martin is a perfect fit. On top of all his logistical experience, he has a comprehensive understanding of the operational management processes that are integral to TSG®, the ability to expand and deploy TSG® assets nationally and a firm grasp of the company’s disciplinary values. I am delighted he took this opportunity to join us.”